Commemorating the Struggle of Palembang People – the Monpera 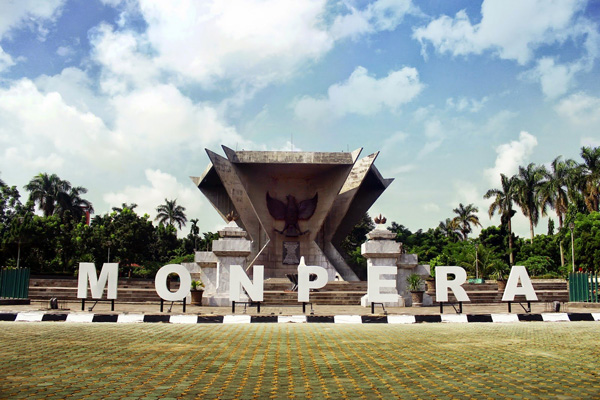 Palembang is one of the best tourist destinations in Sumatra Island. The city offers many tourist attractions for everyone. For those who love history, there is Monpera. It is actually a monument of people’s struggle. It was built to commemorate the struggle of local people against the Dutch. The monument is located adjacent to the Great Mosque of Palembang. It has a unique characteristic, as well. The monument features 6 pillars and a relief of war. Palembang was involved in a war against the Dutch for 5 days. The Monpera becomes a symbol of it.

Exploring the Monument
The government built Monpera to appreciate the role of nation soldiers during such war. It was enacted in 1988. Physically, the monument has a shape of jasmine flower. It represents the purity of soldiers’ heart. It also comes with 5 sides, each of the sides represents the residencies of South Sumatra. The monument also features 9 different paths. It is a sacred number, after all. Local people consider 9 as the symbol of unity or harmony. The other name is “Batang Hari Sembilan".

Another unique part is the size of Monpera. It has the height of 17 meters, has 8 levels and 45 lanes. Each of the numbers represents the country’s Independence date, which is 17 August 1945. Once visitors pass through the main gate of the monument, they may see an elephant’s tusk. It is made of sand and cement. This ivory represents the spirit of the Sumatranese. Ivory is the reminiscence of an elephant. It symbolizes the limitless spirit of local people.

Near to such majestic ivory, tourists may also find the magnificent chest of Garuda Pancasila. It is located in the main wall of the monument. On the other parts, there are two reliefs of people’s struggle. These portray the 5-days war against the invader. Inside, there are some collections of historical items. These include photos, war equipment, weapons, old money, etc. Tourists can learn many things here. Overall, Monpera becomes a place to recognize the role of local heroes during the war. It is also considered as a sacred site.

The thing is the government also puts a significant improvement to the monument. Today, it becomes one of the best attractions in Palembang. Everyone is allowed to visit it. The monument can be the source of information and the place to learn history. There was a struggle in order to retain the independence of the country. It opens daily. Furthermore, the entry fee is quite affordable. The monument is suitable either for families or historians, too.

How to Get There
Monpera is located on Merdeka Street, 19 Ilir. The best method is to use a private car. It is a faster and more comfortable choice. Though, a public transportation isn’t a bad idea. Tourists only need to use the Ampera lane. It won’t take long from the main town. Near to the monument, there are some food stands. Tourists should try the famous Pempek. It is the special food of Palembang. What a wonderful vacation it is.