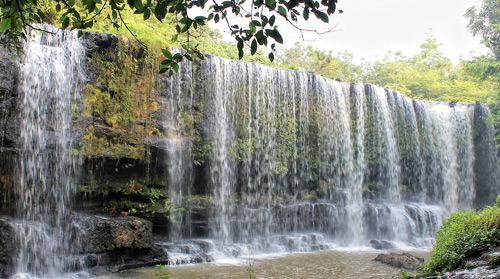 The south Sumatra Metropolitan city is the second biggest city in Sumatra only to Medan. A city of 600,000 populations has grown on the banks of Musi River, about 200km from the coast. Forest products, rubber, coffee plantation in the vicinity contribute to the city's economy today, but oil is the real source of wealth that has turned Palembang into Indonesia richest city. Palembang as the capital city of South Sumatra is not only as the center of governance but also as the center of trade, industry, and tourism. There are many kind of heritage and megalithic goods in various size, both human and animals.

The houses along the banks are built of piles and are facing the water. The banks of Musi are covered with water at regular intervals. Palembang is also called 'Venice of the East' and from ancient times it is an important trade city between India and China. The name of the city is perhaps derived from the word 'Limbang', which means 'panning for alluvial gold'. People still dive in Musi for gold. There is another myth, which says that when emissaries were sent from the great kingdom of Majapahit to develop a colony on the East Coast of Sumatra, the ship sank near the mouth of Musi River. All that remained, which was a cargo of coconut, had to be used to reach the goal, so the coconut was cleft into two halves. These two halves were used as vessels, and the four people saved, who were brothers, took their places in them by two. So they sailed up the river, lurching (limbang-limbang) through the rippling of the water, and finally they reached a place, which they dubbed Palimbang, and with the passage of time people corrupted it to Palembang.

There are many festivals that are celebrated here and some of them are of Hindu origin. Sriwijaya Festival and Musi Festival are one of them.